Those know me personally will agree that I am rather smart.
Ho ho ho ho…
#inotstupid
On one hand, I would like to say it’s nature and genetics (but again, Ah ma kinda proved that wrong). On the other, it’s nurture.
Since I was a pup, Mummy has always challenged me to an array of dog IQ toys, and may I say, I got pretty good at them.
#bhb #samwinspawsdown
On the other hand, Pecan ah ma is stupid a little dense and doesn’t take too well to IQ toys. I guess she just doesn’t have the patience to get to the bottom of it.
#lazyahma
Hence, when the kind people at Nekojam asked if we would like to give their new interactive toy a test-run, I was totally up for it.
As for ah ma, well, as long as there’s treats involved, she’s in.
So we waited patiently until we finally got our paws on the…Foobler!

For a start, we were quite taken aback by it’s size.
It was a good five times bigger than my usual treat dispensing toy.
Before you conclude that it’s just a big-ass IQ toy, hold that thought.
It is actually a self-reloading dog feeder as well, which means that it dispenses treats/kibbles on regular intervals.
There are six compartments for you to pour the treats/kibbles in and at fixed intervals of either 15, 30, 60 or 90 minutes, the treats/kibbles can be dispensed from one of the six compartments.
A bell will ring to inform us that it’s time to get cracking and get those treats out.
Sounds pretty impressive huh?

We took a sniff test to check it out.
To be honest, we were kinda hoping that it was a big edible ball.
#whycannoteatone
Disappointment aside, oh well, at least there’s treats involved somehow.

After getting me ready (by not feeding me any breakfast), it’s time to take the challenge.
BRING IT ON, YO~ 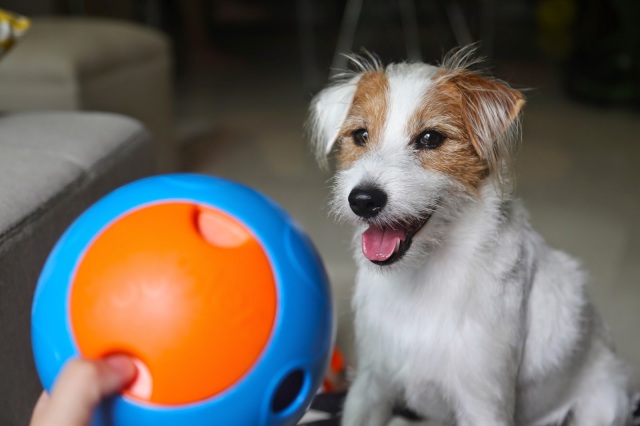 I took to it pretty quickly.
Aiya, told ya that I’m a smart boy~
#nothingistoodifficultforme
I had a ball rolling it all over the house and scratching at it non-stop to get those treats out of the Foobler.
Mummy was pretty stingy and only placed no more than 10 treats in one compartment. As a result, I was working pretty hard for little reward.
I just had to get to every single last piece.
RAWRRRRRR~
#determinedsam #mummysucks 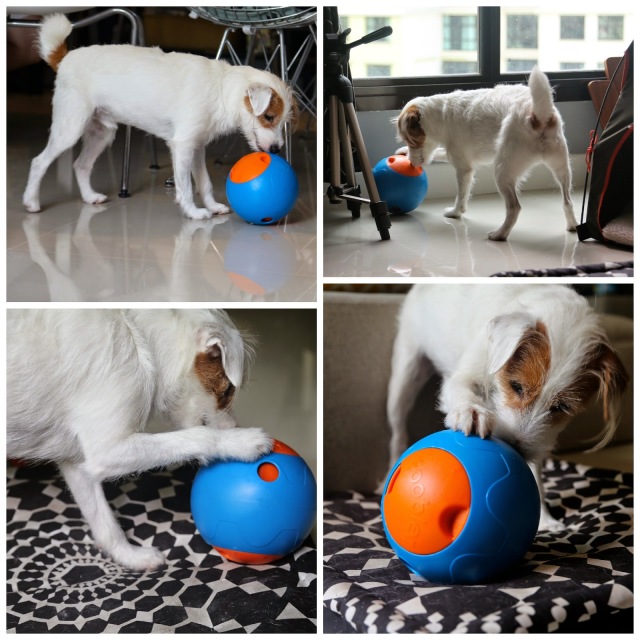 It took me a good 15 minutes just to get every treat out and that was when the bell rang to indicate that more treats were available!
Woohoo~
Sporting my disheveled appearance after working hard for my food. 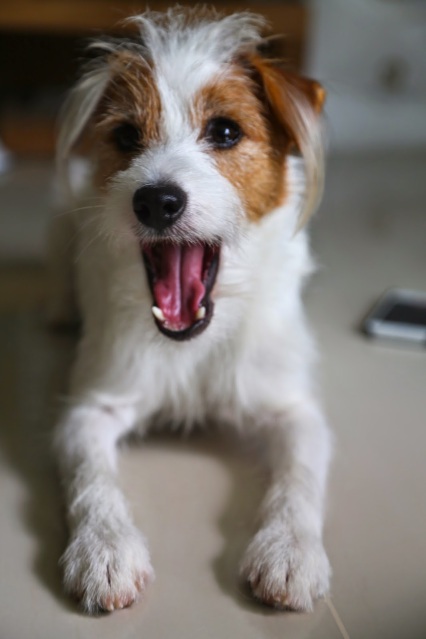 Needless to say, I was pretty pleased with it.
Hehe, anything that spits treats out, is definitely best pal quality!
#mybestfriendisafoobler #bff 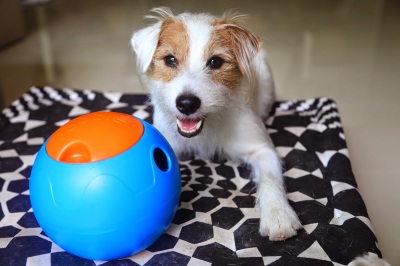 Of course, Sam passed the Foobler test.
With flying colors too, may I add.
#bighead #samapproved
Oh,  in case you are wondering how ah ma did.
Well, all I can say is…
not too well.
#senileahma #stupidahma
She did attempt to give the Foobler a push, but with her measly effort, it’s no wonder she didn’t manage to get any treats out.

So, she did what she does better – ask Mummy for help.

She was given a tiny piece of treat for her ‘non-existent’ effort.
Since she couldn’t conquer the Foobler, she thought it would be great to become the Foobler herself.
Cannot believe that she was gullible enough to think that Mummy would fall for it and put treats right into her mouth.
-_-
#ihaveastupidsister #herstupidityisunbelievable 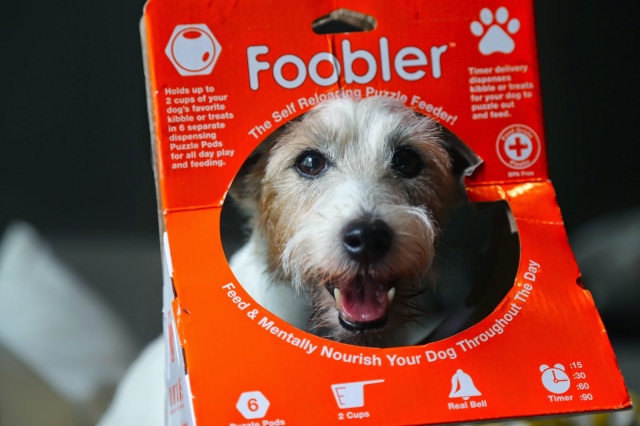 But again, this smelly Foobler cannot make it la.
Put in a treat, and it only comes out one way. And trust me, you don’t wanna be anywhere near it.
#iwantarefund

Throughout the day, I was treated to numerous encounters with the (real) Foobler and though extremely rewarding for my little belly, it was really exhausting.
So I spent the intervals recharging, ready to take on the Foobler once again.
I’M WAITING FOR YOU.
PS: Don’t know why ah ma also tired. She barely did anything!
#pui

If you’re interested to get a Foobler to test it out for yourself… find out how you can save $5 here!
Mummy’s note: The Foobler is pretty impressive I must say. Initially, I thought that it was a tad big in size. But after watching Sam have a go at it, I was extremely thankfully that it couldn’t fit under the couch nor cupboard. How perfect for a lazy pet parent like me! Other than that, it was really easy to use. Although Sam did figure out how to get those treats out, he didn’t manage to associate the ring of the bell as a signal that more treats are available. I ended up having to spur him on. So, that’s certainly something we have to work on. The smart boy also figured out a way to hold the toy (by using his snout to bite on the hole the treats are dispensed from), so I guess a bit of supervision may be required in the beginning for destructive dogs.  Putting the battery in was a little painful as we needed to loosen a screw just to do so. But I guess it isn’t too much of an issue as I don’t foresee the need to change the batts regularly. Overall, I found that it was pretty effective in keeping Sam entertained for a good deal of time. I loved how much he pants and how tired he gets after each interval! As for Pecan, well, that’s something we’ve to work on. Soon.
Meanwhile, thanks to Nekojam for giving us this opportunity!