We know something was cooking when Mummy started cutting apples into cubes in the kitchen!
Plus, she also took out her sam-sized cooking pot.
And we were right!
Guess what’s on the menu….
It’s… APPLE JELLY FOR DOGS!
Wheeeeeee~

You are probably wondering where she got the inspiration from…
Mummy bought a dog jelly mould donkey years ago from Amazon (Most likely because she needed items to hit the minimum USD125 for free shipping). After it had collected dust for a good few months, she decided to finally put it into good use. (And we are not complaining!)

(Source)
A quick google and Mummy realized that there really isn’t any simple recipes for jellies for dogs. Hence, she decided to come up with one herself using whatever she could find in the kitchen.
She used chicken stock, apples and gelatin.
Simple as that.
And it looks promising too! 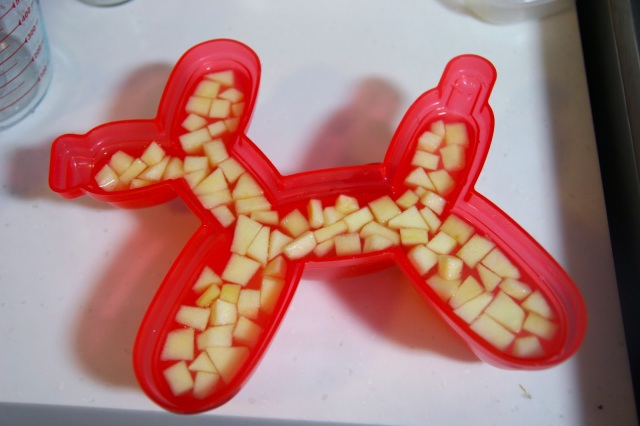 We were so excited to get started on our dessert till the horrid news struck.
Yap, we had to leave it in the chiller overnight.
#Notimpressed

After a good 24 hours of waiting (I could not stop thinking about it for the whole day!), it was time for our lovely homemade dessert.
Mummy took it out of the fridge and heaved a huge sigh of relief the moment she realized that the jelly has set and hardened.

In the ideal world, our lovely dessert would look like this.
Lest the color la.

(Source)
But in the real world….
our dessert looked like this.
*Horrified*
I could not believe I waited one whole day for this shit jelly.
#notimpressed #Notimpressed #NOTimpressed #NOTIMPRESSED

We know Mummy isn’t much of a cook. But this was by far the least appetizing dish she did for us.
In fact, we were both a little concerned if it was even edible. 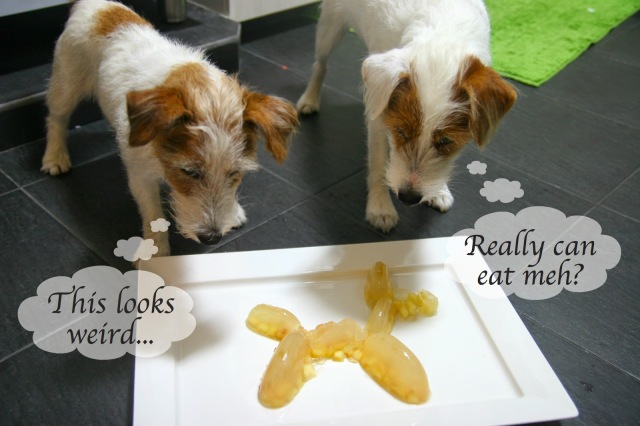 I had to ask Mummy multiple times before I was willing to take a bite, or even a lick. 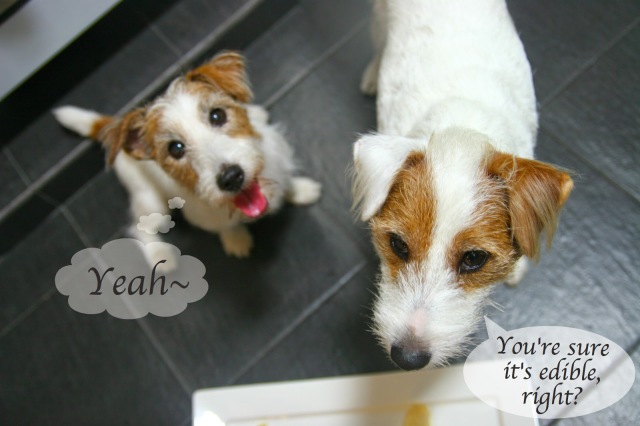 Ah ma was so greedy that she actually dived right into it eventually.
#ahmaiscrazy

To be on the safe side, I stood and waited.
And when she gave the smile of approval, I knew it was good to go.

And off I went…

As gross as it looks, it actually tasted pretty decent.
Plus, it was really refreshing after the long walk we had prior to it.
Guess it wasn’t too bad after all.
Mummy just has to work on her presentation a lot a bit.