Inspired by this Anzac Biscuit Dog Treat recipe on Pretty Fluffy, mummy decided to make me some treats again!
Hooray~
Oh, Anzac Day doesn’t mean anything to us, in fact, I have never heard about it till this.
Mummy just felt that this was a real easy treat to make, hence she chose to bake it for me! A quick wiki about it showed that it is a day to commemorate all Australians and New Zealanders who served and sacrificed their lives during wars, conflicts or peacekeeping operations.
What a meaningful day!
*Salute*
But the truth is.. i’m just happy that there is homemade food for me.
Ha.
Anyway, here’s our work-in-progress.

The ingredients required and the steps needed are all mentioned on the link above.
Do check it out if you are interested!
After a quick bake, the biscuits were ready!
The fragrance of the coconut and apple filled the kitchen the moment mummy opened the oven and I swear I started drooling at that very moment.

Unwillingly posing for the shoot.
“I JUST WANNA EAT!”

Knowing what a perfectionist Mummy can be and how stubborn she is (she won’t let me eat till she gets the shot she wants), I decided that my life will be easier if I smiled.
so here goes.. 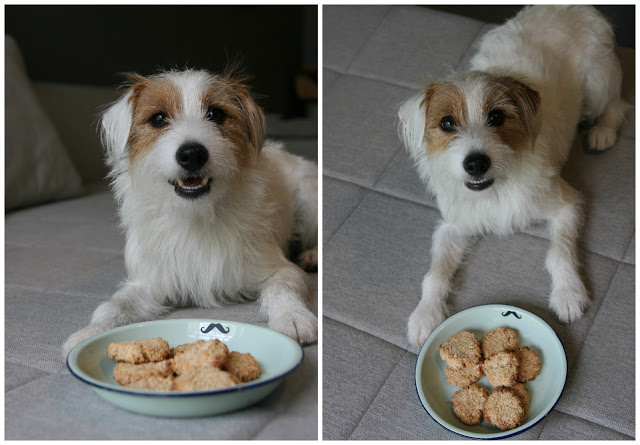 And boy, did it work!
“いただきます”
(bon appétit)

After allowing me to savage indulge in four pieces, mummy put the rest of the biscuits in the airtight bottle and safely stowed them away.
Booooo~ 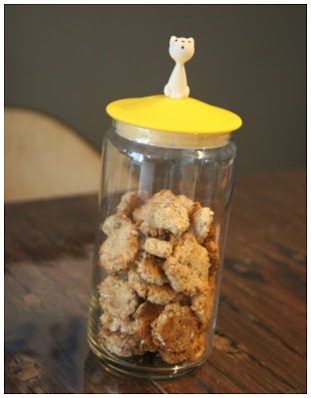 And this I was NOT happy.
Check out my threatening face…
“Give it to me or else…”

Sadly, the biscuits lost their appeal the next time I was offered some and mummy had no choice but to toss the remaining away after a week or so.
I guess there’s no more Anzac biscuits for me in future.

Mummy’s note: The biscuits took a little longer to bake and they were in the oven for approximately 20 minutes instead. The end product was actually pretty good! In fact, it was decent enough that I didn’t think we needed extra seasoning for the human-friendly version. I personally love the desiccated coconut flakes and the apple taste and I even took three whole pieces! Knowing how much the little boy dislikes apples, I wasn’t totally surprised when he wasn’t interested in them after a day. He was just enticed by the novelty of the freshly baked treat initially. What a pity though as these really were some healthy yummy treats.
Oh well~

And just like that, Jackie spent her first year with us.
When I had Sam, we briefly ventured into the world of agility. Sam had so much drive and speed and he absolutely loved the treat rewards from conquering the obstacles. But our busy schedule (and the many new additions) got the most of us and we didn’t pursue it further. How I wished I did more with the fat boy as I know he would have been amazing.
It’s been a while since we have these many Jacks hanging out at the Loo Lim Household. My heart is so full. And, this is truly my breed ❤️
Time for some Jackie Bean update!
And just like that, this little guy turns five today.
Not impressed the woman came back late
%d bloggers like this: