Hee, it’s been while since I started swimming and I’m sure everyone’s curious with how I’m doing. So here’s a little update.
I’m still a little hesitant about getting in the water on my own. But decided to do it anyway.
PS: I’m an official monkey rescuer. Mean mummy would toss the poor monkey into the water and Sam the hero would go to his rescue.
Hero Sam getting ready to take the leap. 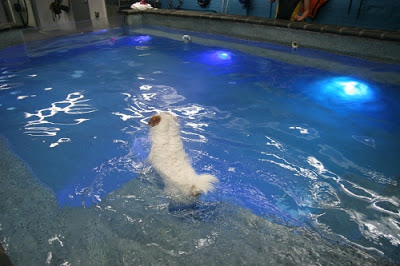 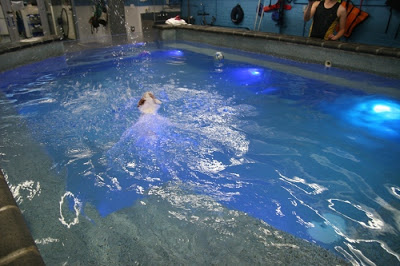 Heading over to the poor little drowning monkey.

Almost there~ Hang in there monkey!

Horrid mummy decided to up the challenge and tossed two poor monkeys in the water.
Nooooooo~
Deliberating hard on which one to rescue.
Green or purple?!
Ahhhh…

Sigh. I decided to save the purple monkey afterall. 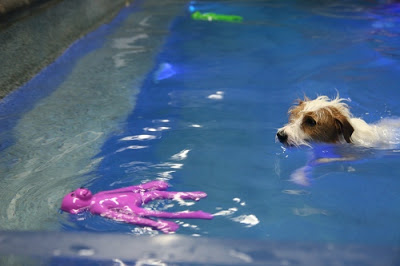 Bringing him to safety. 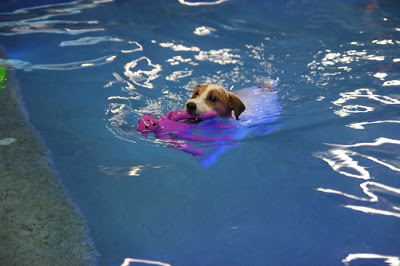 I basically spent the whole half hour trying to rescue the poor monkeys from mummy’s torture. Sure was rewarding! It sure is tiring being a hero!
Oh oh oh ..did you realize something huge? I’m life jacket FREE! Yapz, my water confidence has grown (probably more like my parents’ confidence in me) and I am able to swim freely without relying on a floatation device.
Well done, Sammy Loo!
*Huge grinz*