X’mas is just around the corner and it’s the season to pamper yourself!
So, of course our shopaholic Mummy (she’s only addicted to dog-related items though) decided to spoil us (actually, it’s herself) with presents!
Yap, this is just the first of many.
#theburntholeinpocketbelongstodaddy #don’tthinkheknowsyet #let’shopedaddydoesn’tseethis
Anyway, new products always catches Mummy’s eyes.
Hence, when Wooga shared that they are bringing a new drinking bowl, Mummy just had to get her hands on it.
Well, for Christmas she said.
#anythingalsochristmasla #whycantChristmasbeamonthlyaffair
Introducing the Torus.
#mustdressupfortheocassion #ilooksowhiteandcleancosstupidmummydontknowhowtousehercamerasetting #whitewashedsam

For once, we can officially say that it is not just another drinking bowl.
#butwearestilladdingabowltoourcollectionof12311bowls #okayIexaggerated #wehaveabout20bowls
The Torus comes with a drinking fountain, a water storage area and a valve with three settings (lock, for pouring water in and for dispensing water).
All you have to do is to fill water directly into the storage area, turn the valve to the dispensing option and viola~
It also comes with a replaceable filter containing activated carbon to help reduce flavours and trace elements.

Because of it’s unique design, we are able to get fresh, filtered water without requiring any electricity or battery.
Yap, that means that we can place it anywhere in the house.
#shallputitrightatthedoorsodaddywillsteponthewater #HEEHEHHEEHEH #evilsam #iwillsayispecandoone
Aesthetically, it may not be the best looking bowl around but it felt very well made and stable. Mummy certainly didn’t have to worry that we would knock it over.

Mummy initially thought that the water level was a tad low.

But that didn’t deter me from drinking from it.
In fact, the low water level helps to minimise spills and splashes.
#soclever
Each time we take a sip, replacement water will automatically flow from the storage area into the drinking well.
This way, we will always get fresh water!
#greatforlazymummy

We were pretty impressed with it thus far.
But Mummy decided to put it to the portability test and brought it along when we headed out.
#godownstairsonlylor #sayuntilsofunlikethat
In order to test it effectively, Mummy had to get us thirsty first.
What better way to do that than a good game of fetch.
#samthefetchaddict 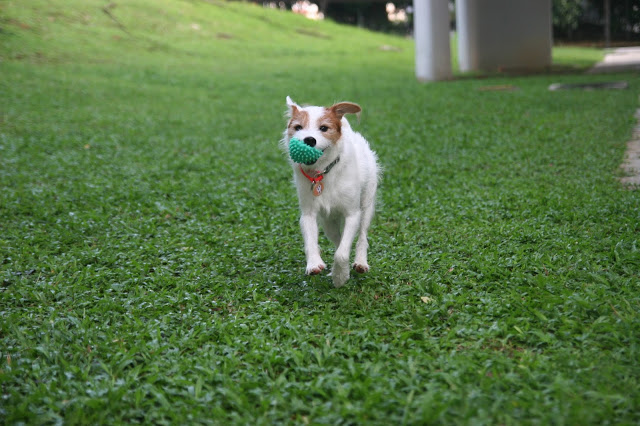 To be exact, I fetched while an ma ran around like a crazy pooch.
#runhereruntherealsocanbesohappy #wecatchnoballwhatsheisthinking 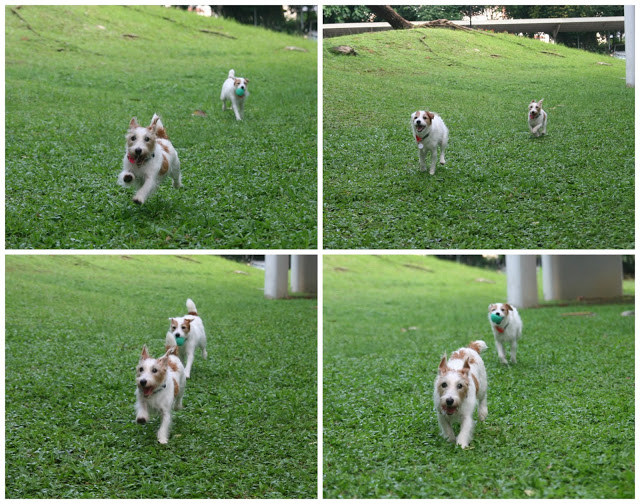 Well, it totally worked.
We definitely needed to quench our thirst after all the workout.

As the drinking well isn’t as large as a 2-cup bowl is (our usual collapsable water bowl) and the water level is rather low, Mummy wasn’t too sure if we could drink from it at the same time at first.
And we just had to prove her wrong.
#ourmouthsnotasbigasyouthinklor #daintymouthshor 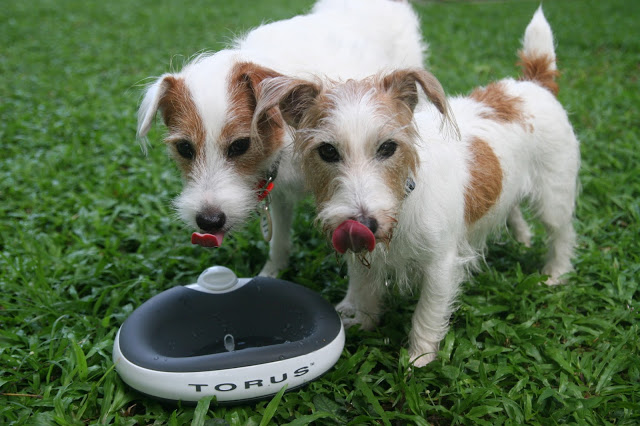 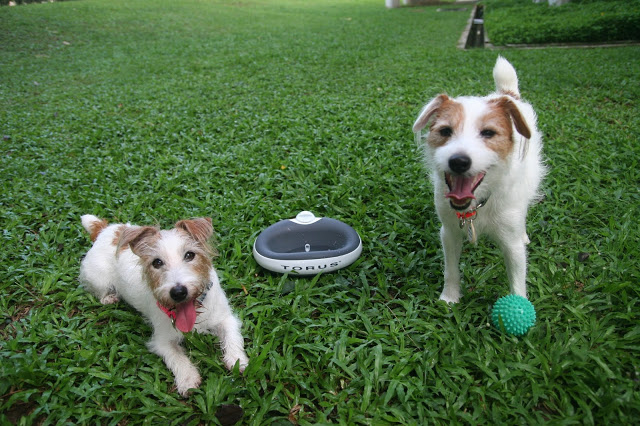 The Torus comes in two sizes (1L and 2L) and several colours.
After some ding-dong-ing (she even made Auntie Ashley measure the bowl sizes for her), Mummy opted for the 1L one. Good decision as it is a perfect fit for us and a good size to bring along on excursions.
Mummy was a little concerned about the washing part, especially since the storage area isn’t exactly accessible for a good scrub.
A quick google set her mind at ease. All we have to do is use hot soapy water or sterilising tablets (e.g. those used for baby bottles). Just make sure to rinse it thoroughly with water after a clean.
Mummy’s note: The Torus bowl certainly isn’t the cheapest drinking bowl out there and the filter requires monthly replacement. But with it’s ability to filter water without requiring any power input, I would say it’s quite bang for your buck. Besides the fact that it is sturdy and durable, I really love how portable it is. A must bring item for our future visits to the dog run!
Buy it here! 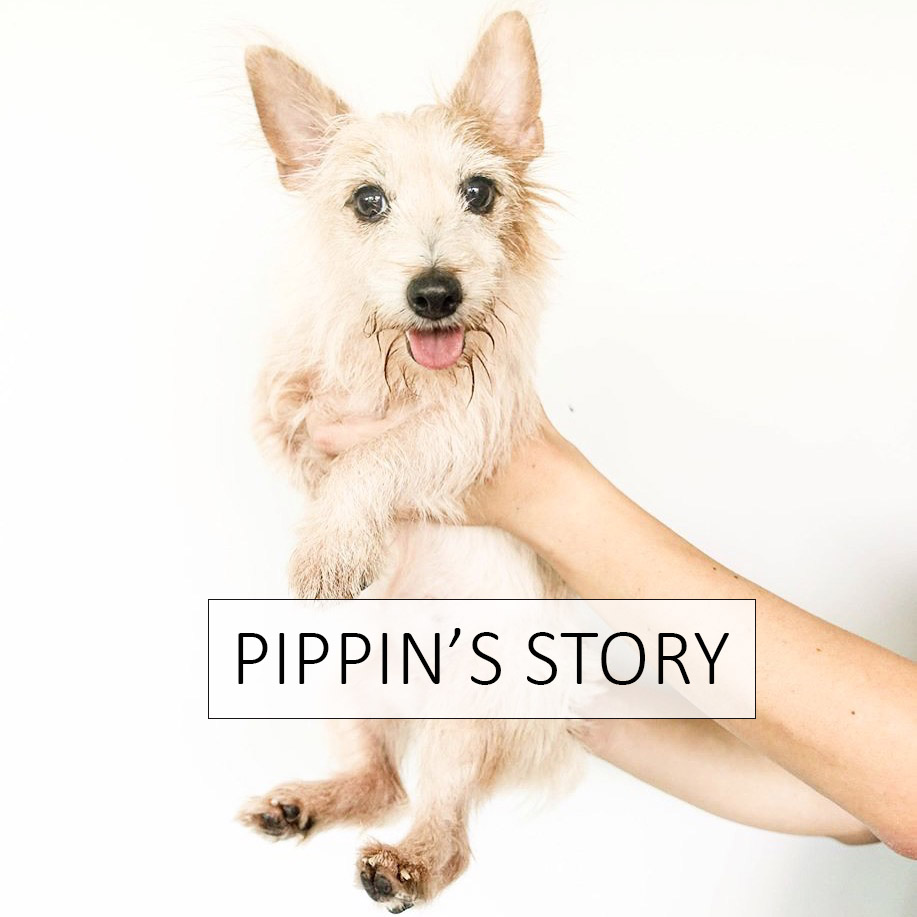